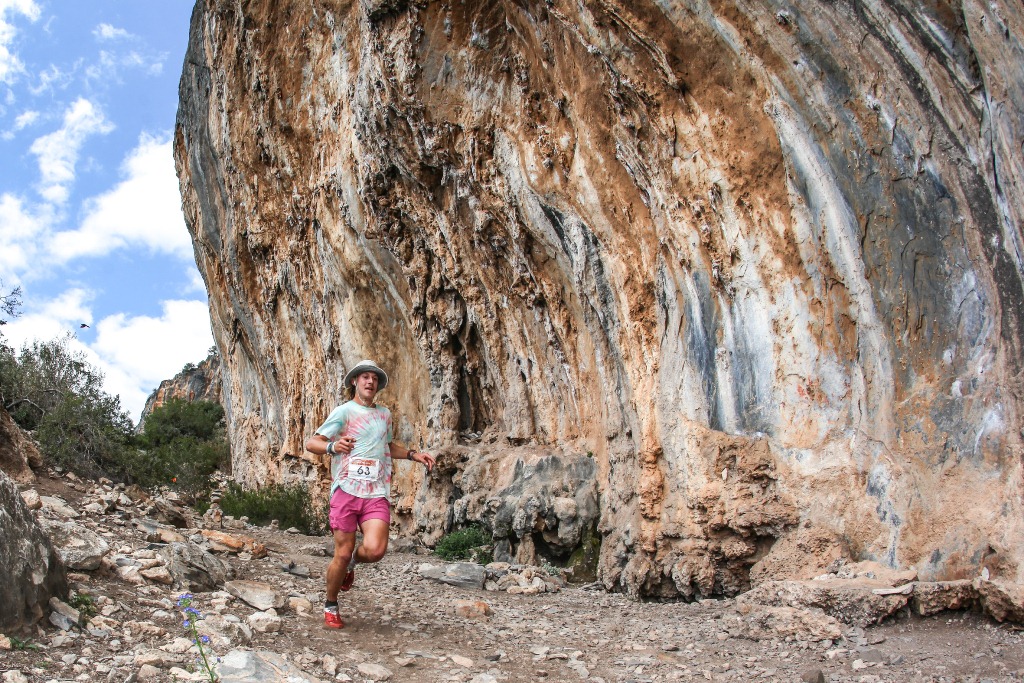 The short, 11km, final stage of the 2016 Fairview Dryland Traverse was wrapped up by rising trail running star Robert Rorich as he ran to stage and general classification victory in the solo men’s race. The leading men’s team of John April and Francois Maquassa finished just behind Rorich to secure their fourth category stage victory of the race and secure the most prestigious title of the Fairview Dryland Traverse. The ladies title was won by the Fairview Fairies duo of Chantel Nienaber and Katja Sogot, while Danette Smith won the solo women’s race. Landie and Christiaan Greyling emerged victorious from the battle of the trail running superstar couples by holding off Su and Iain Don-Wauchope.

Rorich completed Stage 3 in an impressive time of forty nine minutes and eight seconds. The twenty one year old has a refreshingly relaxed approach to racing and with his floppy brimmed hat and Movember moustache he looks every bit the free spirited mountain runner. Though despite his relaxed attitude he is a remarkable talent, backing up his fifth place at the 2016 Red Bull Lion Heart by beating the super-fast road runners April and Maquassa’s general classification time by four minutes and fifteen seconds.

April and Maquassa, running as Team 1, claimed victory on the final stage, as they once again defeated Obey Mtetwa and Mvuyisi Gcogco. In third on the stage were Team EnduroHub, Niel Swanepoel and Morné van Greunen. But despite EnduroHub’s third third place finish of the 2016 Fairview Dryland Traverse the bottom step of the men’s general classification podium was claimed by the consistent Wolf Pack 1 team of Warren Dickson and Jade Muller.

The women’s team category was dominated by the Fairview Fairies team throughout the race, as Sogot and Nienaber ran to four stage victories. The solo women’s race was dominated as comprehensively by Danette Smith, as she too racked up four stage wins.

Before a step was run in the 2016 Fairview Dryland Traverse all indications were that the mixed category would be the most captivating as the South African trail running super couples went head-to-head. Though as it transpired, the Greylings and the Don-Wauchopes were keen to take it easy at the end of what’s been a long season for both couples. They immersed themselves in the spirit of the Fairview Dryland Traverse rather; taking photos on the trails, stopping for strips of ostrich fillets at the water points and even getting involved in the Saturday night beach party. They still performed on the trails too mind you, but with more of a view to having fun rather than racing hard.

To download the high resolution versions of these photos and other options please click here. To find out more about the race visit www.drylandtraverse.co.za.

In anticipation of hosting the tenth edition of the Rhodes Dryland Traverse in November 2020,…

Copyright Your Business LLC. 2022 - All Rights Reserved
Back To Top